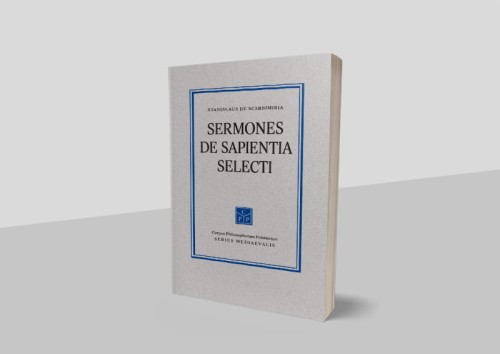 Stanisław of Skarbimierz (ca. 1360-1431) was one of the renovators of the Cracow Academy, “the father of the university” – as the anonymous author of his eulogy called him – and its first rector. In his inaugural sermon in 1400, Stanisław delineated the University’s program of studies and plans for its future development. As rector and professor (doctor utriusque iuris), for over thirty years he taught not only law, but also liberal arts and theology, gaining the appellation of theologus maximus. He was an important figure of Cracow’s intellectual and political life, serving the King as legal expert and the Bishop as assessor and conciliator. Although Stanisław left behind a huge body of work, he was virtually unknown in the history of Polish literature until the middle of the 19th century, because his writings remained concealed in 15th century manuscripts. Some facts about his life and views can be found in late 19th and early 20th century books about the history of the Cracow University, but it is only in the 1930s that first articles appeared recounting the views of Stanisław. The breakthrough came twenty years later when professor Zofia Budkowa started studying Stanisław’s preserved speeches. She presented her findings at a conference of the Academy of Learning, pointing out that Stanisław’s surviving works needed to be catalogued and looked into more closely. She called him “the progenitor and model of Polish scholarship”.